When I told my parents I wanted a job where I could do what I like, as a young college graduate with a sociology degree (!), you’d have thought I said I wanted to juggle babies for a living. But they came around, about the time I  found a job I liked. Loved. It is the luckiest luck in the world, to do what you like at work.
Of course there are bad days. Bad weeks and months sometimes, often the result of bad projects or bad clients. But in general I stepped into evaluating international development projects like Batman stepping into a bodysuit – a perfect fit. A great boss from Day One was a crucial element; international travel was another; getting to use my brain in ways that make it light up, a third. 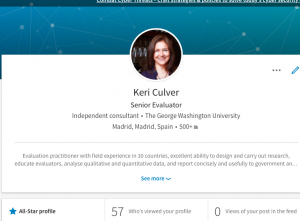 I’m taking a new step in my career right now – becoming an independent consultant, instead of an employee. In fact, most people I know who do what I do are independent consultants, not employees. But I always liked the stability, and the opportunities, and the office buddies. Now that I’ll be moving around with Ramon, consulting makes more sense. One benefit of freelancing is that, in theory, I can “pick my own assignments” rather than have the company say what I’ll work on and what I won’t. (Even though it’s not nearly so cut-and-dried – my companies always gave me options, and freelancing is still constrained by what’s on offer!)

Anyway, a potential client just asked me what my ideal contract would be, and what’s important to me, in my evaluation work. Poor soul didn’t know what he was getting into, asking a wordy novelist such questions.

What’s important to you?

This is pretty easy. In this order:
(That last one was a joke. My employers always paid on time. I’m not sure that’ll be the case with direct clients!)

What’s great about evaluation is that it changes with every project. There’s no such thing as an ideal contract, because I wouldn’t want any contract to repeat what I’d done before. I like going from country to country, from sector to sector, and from design to design. It’s a Garanimals or Mad Libs type of thing: 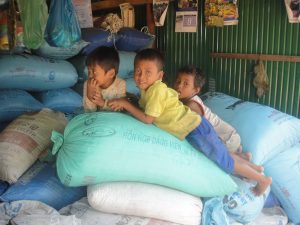 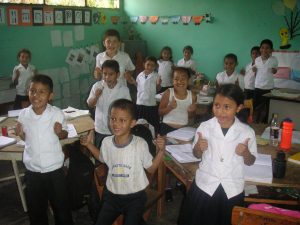 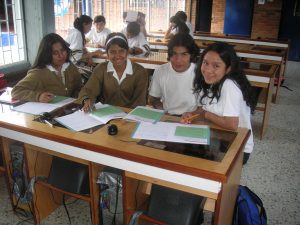 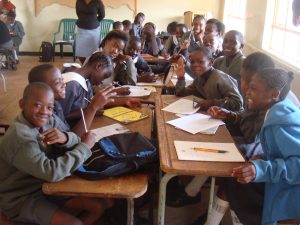 I liked all of these projects! I just enjoy evaluation – the planning, the research, the analysis. I work well alone or with a team, and I don’t bring a bunch of drama. I am a bit of a perfectionist, like my momma, and being in charge exacerbates that, so I do have high expectations of myself and the team. 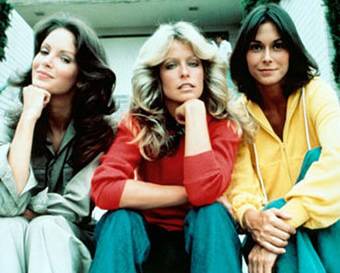 When I was a girl, I watched Charlie’s Angels. Obsessively.
I was stuck between wanting to be more like Kate Jackson or Jaclyn Smith. I mean, look at this picture: Kate Jackson looks curious, intelligent, awake. A bit like she doesn’t trust you, frankly. Then Jaclyn Smith has amazing hair. Farrah, poor thing, just looks drowsy. I suppose that’s the famous “bedroom eyes” thing but to me she just looks daft. Anyway, every week, they changed their whole milieu – one week as ballroom dancers, another week professional tennis players, the next week champion horse jumpers. I wanted that, and I got it: every project takes me to a different sector. One trains teachers to teach literacy better in the first three grades; the next gives small cash transfers to families with youngsters; another trains teens to start their own businesses after school.
Then some tougher projects come along: one to improve government performance and decrease corruption at local levels; another to train rural police to respond better to women’s criminal complaints; another that helps respected elders in remote Afghan villages to be fair “judges” of community disputes. Evaluating gets tougher and tougher, because the projects are more and more about sharing democratic values instead of just poking kids with vaccines. They also involve more people who have something to lose if there’s a change – like bureaucrats who are used to getting paid little bribes every time they issue a driver’s license, all the way up to judges who benefit from unorganized prosecutions.

What really lights me up

I think people do their best when they are excited by what they’re doing. They put their heart into it and that dedication makes a difference. For me, I get especially excited any time I have something new to figure out, whether it’s a new country, a new sector, or a new evaluation method. In Colombia one of our evaluations was with Afro-Colombian groups that have protected status in the Colombian Constitution. These groups lived in enclaves far from the cities, and have the right to refuse entry to anyone. They were willing to receive the women’s empowerment program, and then willing to receive the evaluation – but they didn’t want the evaluators to come in, capture a bunch of information, and then leave and never return. They insisted they have a part in the data collection and analysis. This is something that aid people and evaluators talk about All the Time – and hardly ever really do.
But we did it, and it was one of the best evaluations I’ve ever seen. Not because it had a big sample size or great findings but because their involvement made the work worthwhile. There were problems all along, challenges with this new way of doing things, but you wouldn’t believe the great conversations these people had in their communities when our team went back with the results. They saw the results differently than did our external “experts” and were able to employ the data with each other as a way to improve their own standards of living and relationships.
Any time we get to really listen to people inside and outside of a program’s reach, that’s the Holy Grail for me in evaluation. We want to hear about the Unexpected Outcome… it’s like a unicorn in the bosk, and we evaluation types get all loch-nessy over it. We know, intuitively, that development projects – especially ones that aim to work on values and behaviors and beliefs – are just a drop in the bucket of a whole social system. But there are drops and there are drops. Some change the content of the buckets, and some are just diluted away.
Post-data: I guess I didn’t give either my mom or dad enough credit on their own “do what you like” stories. Turns out Mom operated a comptrometer (predecessor to the computer, sort of a mechanical calculator) for Denver’s Union Station; after getting engaged to my dad, she took a job in L.A. for a while and worked at their train station too. For his part, Dad traveled all around the Mountain West on his own, doing detailed credit checks on every business from the smallest mom-and-pop to the biggies, and reporting for Dun & Bradstreet’s quarterly credit reports – at the time, the most valuable resource for any business soliciting services from any other. Mom returned from L.A. and they were married two weeks later, on Dec 15, 1958.
So they were a couple of intrepid souls, even then. And they spawned three more travelers who have braved odd settings for self-fulfillment. Quite a legacy. And… doesn’t Dad’s old job kind of sound like mine?